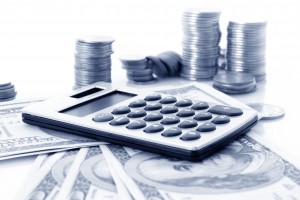 The most common violation of the Sherman Antitrust Act is price fixing. What is Price Fixing? Price fixing is ordinarily considered an agreement to inhibit price competition by raising, depressing, fixing, or stabilizing prices.
If you searched the internet you would find hundreds if not thousands of Auctioneers and Auction Companies who have listed their commission rate and expense information.
For Instance:

Flat rate – Many Auctioneers and Auction Companies charge a commission that is a flat rate. 40% on all items plus labor, marketing, etc.

An Auctioneer or Auction Company by posting their rates, hasn’t necessarily agreeing to charge the same as anyone else. Rather, they have simply just published what they charge for their services.

The only instance of where this would be a violation of the Sherman Antitrust Act would be where a group of Auctioneers or Auction Companies in the same geographic area would agree to charge the same rates in an attempt at price fixing by an agreement with other Auctioneers and Auction Companies. Proving a violation would more likely require evidence of collusion and/or some intentional or express intent to price fix beyond merely posting rates for public view.

There was one case where the accusation of price-fixing was made against Sotherby’s that was filed in October 2000 for violating the Sherman Antitrust Act – 15 U.S.C. § 1. The United States argued that in April 1993 thru December 1999 Sotherby’s and conspirators entered into and participated in a combination and conspiracy to suppress and eliminate competition by fixing auction commission rates charged to sellers (“sellers’ commissions”) in the United States and elsewhere. In criminal case Criminal No.: 00 Cr. 1081 the government stated that the combination and conspiracy engaged in by Sotheby’s and co-conspirators was in unreasonable restraint of interstate and foreign trade and commerce in violation of Section 1 of the Sherman Act (15 U.S.C. § 1). The United States charged the combination and conspiracy consisted of a continuing agreement, understanding, and concert of action among Sotheby’s and co-conspirators, the substantial term of which was to fix sellers’ commissions in the U.S. and abroad.

(*Receive a FREE copy of the Criminal Complaint)

However, you as an individual, company, trustee , executor or executrix facing the decision of the best way of selling real estate or personal property should put your focus on finding the best quality Auctioneer and/or Auction Company that will provide you the very best results. This is the bottom line. A cheap rate or a high commission rate does not mean quality marketing and selling of anything. An Auctioneer with a nice sounding bid call means absolutely nothing other than that they can chant numbers. There is so much more you need to learn on How To Hire An Auctioneer. Explore more as we share with you everything you need to consider before you sign a contract.